The term “dogfight” originated during WWI. The pilot had to turn off the plane’s engine from time to time so it would not stall when the plane turned quickly in the air. When a pilot restarted his engine midair, it sounded like dogs barking

There was nothing glamorous about trench life. World War One trenches were dirty, smelly and riddled with disease. For soldiers life in the trenches meant living in fear. In fear of diseases (like cholera and trench foot) and of course, the constant fear of enemy attack. Trench warfare WW1 style is something all participating countries vowed never to repeat and the facts make it easy to see why. By the end of WWI there were over 25,000 miles of trenches. That's enough to wrap around the earth one time.

Not so well known facts about WWI

Don't miss the special Booth in the Mobile Museum with a replica of a Christmas tree with handmade ornaments. 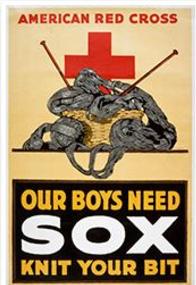 World War One Firsts: Inventions That Changed the Course of History

Tanks were first introduced in WWI. Even Henry Ford got on board and made a Model A Tank

During World War One up to 12 million letters a week were delivered to soldiers, many on the front line. The wartime post was a remarkable operation, writes ex-postman and former Home Secretary Alan Johnson. There were 5,000 men delivering mail by the end of the war.

You will find many moving letters scattered throughout the Mobile Museum