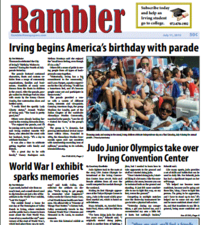 Objects on display will include an authentic trenching tool of the type used to dig the 25,000 miles of trenches dug during the War, and one of the first portable movie cameras used by soldiers to record battlefield scenes.  Other artifacts in the ten separate display booths include vintage panoramic photographs of some of America’s first Aero Squadrons, an authentic 48-star flag, and many personal equipment items from the War’s combatants.

Colley’s collection soon grew to more than 200 war-related documents and artifacts inspiring the idea to take the museum on the road. The plan is to tour the museum for the duration of the 100th anniversary of World War I, which began in 1914 and concluded in 1918. After that, Colley said he will either find a permanent home for the museum or continue making mobile appearances depending on demand.

.Coverage of the Ribbon Cutting at Frontiers of Flight Museum

A very special traveling museum, dedicated to World War One, is making a one day only stop in Fort Worth today.
The saying goes “those that do not remember the past, are condemned to repeat it”
World War One began over 100 years ago and with seventeen million deaths it ranks as one of the deadliest human conflicts in history.

using the video from the Mobile Museum

When Keith Colley visited the National World War I Museum and Memorial in Kansas City, Mo., a couple of years ago, it occurred to him that senior adults are the last direct descendants of World War I veterans. Colley, an Oak Cliff resident who works with a  health-care group in Fort Worth, decided to do something about it.   He created the World War I Mobile Museum.

​The World War I Mobile Museum, a traveling exhibition of original artifacts from about the world, will be available Friday through Jan. 20 at the Frontiers of Flight Museum, 6911 Lemmon Ave. Objects on display will include an authentic trenching tool of the type used to dig the 25,000 miles of trenches dug during the the war...

by Elizabeth Ygartua · January 9, 2015
If you haven’t been to the Frontiers of Flight Museum at Love Field yet, now’s a great time to start planning a trip. The museum will host a traveling exhibit of World War I artifacts  Jan. 16 – 20. The exhibit, the World War I Mobile Museum, will be touring the country ... 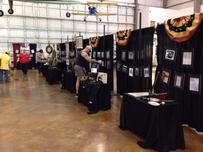